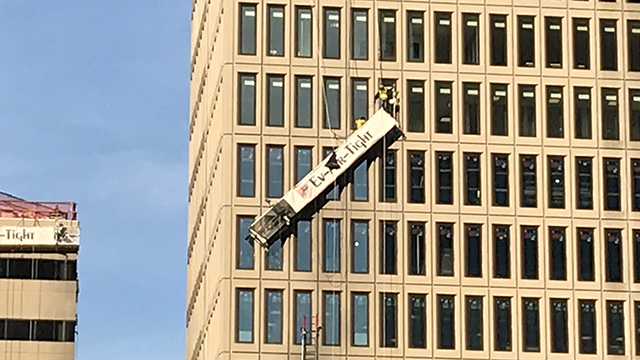 BALTIMORE (Video: Ron Bryan) —
Firefighters rescued two workers who were trapped on a dangling platform after an explosion at a downtown Baltimore building that seriously injured as many as 10 people.

The Baltimore City Fire Department reported there was an explosion with a partial roof collapse. Baltimore Mayor Brandon Scott said as many as 21 people were rescued. Fire officials said at least 10 people were taken to hospitals — nine are in critical condition and one is in serious condition.

Advertisement
A crew from sister station WBAL-TV reported firefighters broke through a window and pulled the people on the scaffolding to safety.

Baltimore Fire Chief Niles Ford said the workers on the scaffolding were still tethered to the wires on the side of the building upon firefighters’ arrival. Rescuers brought the workers into the building through windows on the 10th and 11th floors. Ford said the first person was pulled through a window on the 10th floor and for the other, a firefighter had to climb up the scaffold and bring the worker through an 11th floor window.

“The building has been affected from the 10th floor to the roof, and there were several contractors working in the building,” Ford said.

Video sent to WBAL from Ron Bryan shows the platform hanging diagonally on the side of the BGE building in the area of the 16th floor.

BGE released a statement, saying: “On Wednesday, Dec. 23, a construction-related incident occurred at BGE’s offices at 2 Center Plaza in downtown Baltimore. Construction work was occurring on the building’s air handling and boiler system, which likely caused the incident. Three people were treated for non-life-threatening injuries as a result of that incident. The building was largely empty due to the upcoming holidays and the pandemic. Window washing scaffolding was compromised because of the incident and a window washing crew was pulled to safety by the fire department. Fire department and BGE crews are on scene.”

Best Ways to Relax after a Long Day at Work 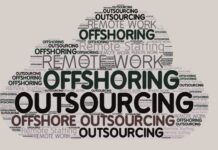 3 New Things New You Need To Know About Men’s Bow...