Last night I downloaded Atomic Blonde from RARBG, and as I watched the movie for the hundredth time, I realized the movie depicts some cool shots of Berlin.

It heightens the Berlin Wall and its Club Culture as the Cold War Landmarks.

But, Berlin is not all about them.

It is an excellent choice for a European city vacation.

The busy metropolis checks all the boxes, with a fantastic nightlife scene, amazing local food, a rich history, world-famous beer, and some of the world’s most outstanding monuments and museums.

Make Berlin your next bucket-list destination as soon as possible if you haven’t already.

Let’s see if these reasons are enough to convince you to make your next trip to Berlin.

The East Side Gallery is the only intact section of the Berlin Wall and hence a Cold War defining emblem.

The Berlin Wall previously served as a dividing line between East and West Berlin, separating the two cities.

It was constructed overnight, separating families and friends for over 30 years and leaving some people trapped on the wrong side.

Berlin, as you are surely aware, has a long history. Take some time to study Germany’s history as a former Soviet state when you visit.

There are various locations across the city where you may learn about Berlin’s rich history.

The Jewish Museum, the Berlin Wall, the Holocaust Memorial, and the Topography of Terror are all recommended.

Berlin is often referred to as Europe’s ‘party capital’ for a good reason.

Cheap drinks and partying go hand in hand, so it’s no surprise that Berlin boasts a fantastic nightlife culture that is cheap to chevaliers.

It’s not just an inexpensive night out compared to other major European cities, but there are also several bars and clubs open 24 hours a day.

For years, the city’s nightclubs have been legendary, promising good times to generations before us.

It is perhaps the world’s most magnificent war monument.

Its pure simplicity and minimalism, consisting of 2,711 concrete blocks standing parallel to one other in various rows, is a lovely monument to those who suffered the most during the Nazi era.

5: The Food Is Awesome

Food is one of the most crucial selling features of any trip. When it comes to must-try basic meals, Berlin is right up there.

Currywurst is the most evident cuisine available in the city. This is a traditional local meal composed of sausages, curry sauce, and ketchup and served with fries in kiosks and restaurants across the city.

Currywurst is an inexpensive and tasty meal for travelers on a budget, costing around €2.50.

There are restaurants and street food markets to satisfy everyone’s tastes in Berlin.

The crossing point between West and East Berlin is known as Checkpoint Charlie.

With the dressed-up troops and props, you might find Checkpoint Charlie a touch gimmicky and gaudy.

Looking past that, the crossing’s barricades are 100% real — and have become a famous tourist attraction.

Museum Island is a whole island dedicated to museums, where you may get cultured at five different world-class museums.

Museum Island, which is located along the Spree River, is a UNESCO World Heritage Site.

8: Best Beer In The World

Das Bier (The beer) in Berlin is of international standing.

Germans are proud of their outstanding beer, particularly Berliners. That is why Berlin is recognized as the world’s beer capital.

Whether you’re searching for a great beer garden, a pub, or a creative craft beer location, the city offers it all.

9: Graffiti All Over The Town

Berlin is known for its massive graffiti culture, covering the whole city.

The East Side Gallery is, without a doubt, an outstanding example in the city.

This remaining section of the Berlin Wall today serves as a freedom memorial, with artists and activists using paints to express themselves in bold, imaginative ways.

The artwork is wonderful, and the historical significance of the location is definitely worth a visit. Urban Spree, Kreuzberg, Bülowstraße, and Dircksenstraße are good sites to look for street art.

Every street corner in Berlin has a unique narrative to tell, and it was formerly home to a harsh dictatorship that mercifully came to an end.

So, you can imagine how rich this city is in terms of history.

As you’ll explore its nook and corners, you’ll find yourself immersed in a different tale of Germany that you’ve never experienced before. 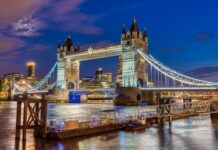 Why Need to Seek the Assistance of VIP Transport Services? 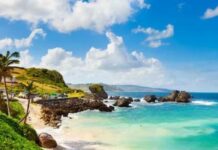 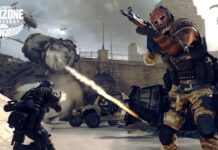 5 Incredible Things to Do at Disney World