NORWALK, Iowa —
An Iowa family is calling the unexpected phone call they answered a day before Christmas Eve a “blessing,” as it led to their daughter receiving a life-changing surgery.

Advertisement
Doctors at the University of Iowa Stead Family Children’s Hospital say 18-year-old Brooklyn Soroka had mixed cardiomyopathies, thickening the heart muscle so that it was harder for the heart to pump blood and a condition that made it difficult for her heart to relax.

Soroka’s parents, Dana and Joshua, told sister station KCCI that their daughter’s condition was first made known to them in 2013. Brooklyn Soroka had to drop out of her dance program and avoid some other physical activities. Doctors put her on the transplant waiting list in February.

The Sorokas spent Christmas at the University of Iowa Stead Family Children’s Hospital, where Brooklyn is recovering from the heart transplant.

“We were very surprised when we got the call,” said Dana Soroka on Christmas afternoon from her daughter’s hospital room. “But it was definitely a Christmas blessing.”

Dana Soroka said her family received the life-changing phone call the day before Christmas Eve, with a doctor on the other end saying a heart was available for Brooklyn. The Sorokas quickly packed their bags and immediately drove from their home in Norwalk to Iowa City. Shortly after midnight on Christmas Eve, their daughter was resting in a room at the hospital with her new heart beating inside her chest.

“She will probably need to do a little bit of rehabilitation because she’s probably not even used to what her body’s going to be able to do,” explained Dr. Rabia Khan, a cardiologist on Brooklyn’s pediatric heart transplant team. “She might even be surprised herself at how limited she was before.”

When KCCI spoke with her parents on Christmas, Brooklyn Soroka was sleeping. The Sorokas took that time to reflect on the miracle that came seven years after her condition was discovered. While they have an idea of who the donor may be through a letter they received from a family, Dana and Joshua Soroka say it hasn’t yet been confirmed. Despite that, they have a message for the family that they said they know their daughter would echo.

“There’s no words that we can use to describe how thankful we are that they gave the most precious gift to our daughter,” said Dana Soroka. 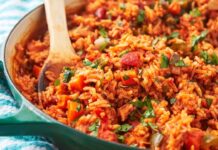 WATCH LIVE: US experts convene to decide whether to OK Pfizer...