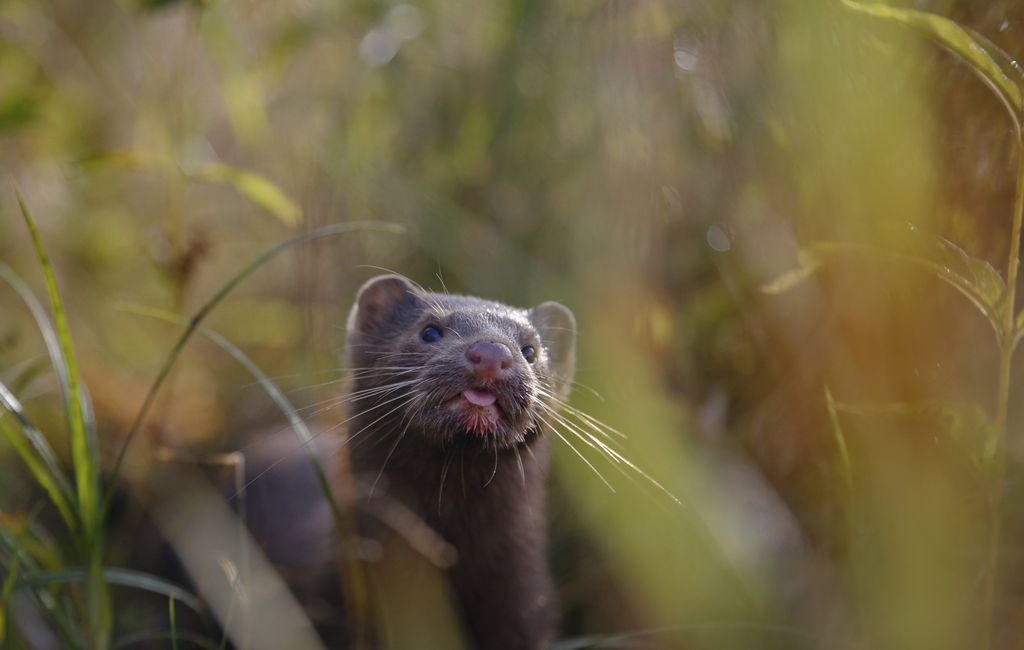 A wild mink in Utah is the first free-ranging native animal anywhere to test positive for COVID-19.

It was found and tested near an infected fur farm, and that has some national groups raising alarms.

It provides “yet another pressing reason why the United States needs to end all mink fur farming without further delay,” Kitty Block, president and CEO of the Humane Society of the United States, wrote in a blog on Monday.
That comes after reports in October that thousands of minks at fur farms in Utah had died from the disease, forcing nine sites in three counties to quarantine.
At the time, Dean Taylor, the state veterinarian, said infections likely were spread from workers at the mink farms to the animals, with no sign so far that the animals are spreading it to humans. Several workers at the Utah mink farms tested positive for COVID-19, including some who had no symptoms.

Also, at the time, the Fur Commission USA, a mink farming trade group, said fur from the dead infected animals in Utah would be processed to remove any traces of the virus and then used for coats and other garments. The U.S. produces more than 3 million mink pelts each year.

Minks were discovered to be susceptible to the SARS-COV-2 virus, which causes COVID-19, in April, after outbreaks at several farms in the Netherlands, followed by outbreaks in Denmark and Spain. More than 1 million animals were culled in those countries, according to The Associated Press.
On Sunday, the International Society for the Infectious Diseases sent out an alert saying a wild mink in Utah had tested positive. “To our knowledge, this is the first free-ranging, native wild animal confirmed with SARS-COV-2.” The nonprofit said it notified the World Organization for Animal Health of its findings as part of studies in areas around infected fur farms.
“There is currently no evidence that SARS-COV-2 is circulating or has been established in wild populations surrounding the infected mink farms. Several animals from different wildlife species were sampled, but all others tested negative,” the notice from the organization said.

In addition to minks, pet cats and dogs as well as lions and tigers at a New York zoo have tested positive for the virus.

In Block’s blog on Monday, she wrote that the wild mink in Utah tested positive with the exact virus sequence that was observed in infected minks on the farm.

“It signals the disturbing likelihood that intensive confinement farms where minks suffer and die for their pelts are now the source of potential harm to mink in the wild,” she wrote.

She said the pandemic led the Netherlands and France to announce bans on mink fur production.

“We need similar action from the federal government here,” she wrote. “There is not one good reason to keep the business of fur alive, at such great cost to the public health and animal welfare.”

“Scientists have worried that the coronavirus would be passed from escaped factory farmed mink to wild mink,” said Lori Ann Burd, director of the center’s environmental health program. “Given the risk that this nightmare scenario is unfolding in Utah, we urge officials in every state with mink farms to take aggressive measures to ensure that this horrible disease does not decimate wildlife populations.”

In October, the Utah Animal Rights Coalition also wrote to Utah Gov. Gary Herbert calling on him to “take more decisive action” to stop the spread of COVID-19 in the state’s mink farms.
The state veterinarian’s office did not immediately respond on Monday to inquiries about the new report that the wild mink in Utah tested positive for the virus.

Why Dental Implants Is A Good Option To Choose

President-elect? GOP may wait for January to say Biden won