CHARLESTON, WV (WOWK) – The man accused of the December 1st shooting of Charleston Police Patrolman Cassie Johnson was moved early Saturday from the hospital to the South Central Regional Jail in Kanawha County.

Joshua Phillips has been treated at CAMC General Hospital in Charleston since the shooting of Johnson mid-afternoon December 1st. After surviving for several days on life-support, Johnson died on Thursday December 3rd and was buried with full department honors on Tuesday December 8th.

This is a developing story, and we will continue to update it on WOWKTV.com, the WOWK 13 News App, and on 13 News on air. 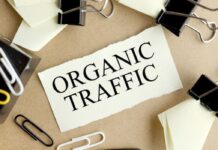 How to Increase Organic Traffic