The 27-year-old singer posted a series of photos of herself side to side with Dalton on Instagram along with a photo of a diamond ring on her hand with the caption “forever n then some,” according to the Los Angeles Times.

Grande has posted photos of the two together over the last year or so and earlier this year. Grande’s latest album “Positions” also has “occasional slips of vulnerability that reveal the giddiness and anxiety of new love,” according to the New York Times.

Dalton also appeared in the music video for her song “Stuck With U,” a collaboration with Justin Bieber. Gomez, who is with Compass’ Aaron Kirman team, currently has the listing for Bieber’s Beverly Park home.

He repped actor Kunal Nayyar with his $7.5 million purchase of a home in Hancock Park last year.

He has also worked with snowboarder Shaun White and basketball player Chandler Parsons. Along with his work with celebrities, Dalton has been a part of sales for two Case Study houses — Case Study #21 and Case Study #16.

It was not immediately clear if Grande told Dalton “break up with your girlfriend” before they became a twosome. 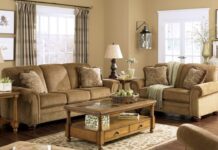