This week’s cartoon presented a bit of a challenge. I intended to present two people having a conversation, but I wanted to model good behavior. The conversation itself suggests that the two people haven’t seen each other for a while, which implies they aren’t “bubbled.”

But I couldn’t put them indoors and mask them because I wanted to show their smiles fading with each panel. So I put them outside and at a reasonable distance, but still probably too close because I didn’t want to draw them any smaller and lose their expressions.

I do not claim any of that to be a hardship, especially compared to the real hardships brought on by this raging pandemic. But I think it speaks to just how worn down we all are by the grind — the extra weight that has been added to everything we do and think this godforsaken year.

And as a result, ridiculously idiotic diversions like the Giuliani show — normally something best processed with mockery — is hardly worth acknowledging. At best, it’s a waste of time. At worst, it’s a catalyst for even more stupidity. And it just isn’t funny anymore.

John Auchter is a freelance political cartoonist. His views are his own and do not necessarily reflect those of Michigan Radio, its management, or its license holder, the University of Michigan. 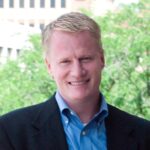 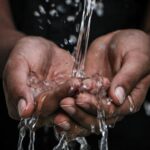 Next Story:
Lansing Board of Water and Light extends its utility shutoff moratorium to April 2021