Next March, Guam will host an anniversary of global proportions, when the hands of time will mark the 500th anniversary of the voyage that Ferdinand Magellan led in circumnavigating the globe.

As part of this anniversary, Spain has undertaken a number of events, most notably a re-enactment in which the Juan Sebastian El Cano, a Spanish Navy training vessel (with traditional sails and rigging) is retracing Magellan’s voyage around the world.

The pandemic has disrupted most of the plains made in Spain, as well as Guam, to commemorate this anniversary. Conferences, exhibits and cultural exchanges have been canceled or gone virtual. There was a possibility that the reenactment itself might be canceled, but we received word recently that it will continue, and that the Spanish will arrive in the first week of March, as originally planned.

International attention
Although the pandemic has overshadowed so many things of late, this anniversary will still be an important one. Guam will gain extra international media attention.

The next Marianas History Conference is also being planned around the same time and will bring extra scholarly attention. It represents an ideal moment to tell Guam’s and the CHamoru people’s story.

In recent years I have talked to some who feel strongly that this anniversary should be ignored. In the two days that Magellan was on Guam, his men acknowledge killing seven CHamorus and burning dozens of houses. Magellan’s visit put Guam on the map of European colonization and religious expansion and, as a result, the Marianas would be colonized far earlier than any other Pacific Island.

Read Also :   5 Oktoberfest beers from Colorado to celebrate the season

They argue that we shouldn’t celebrate Magellan, and I would agree with that. Nowadays an idea like “globalization” is so naturalized, it isn’t even a buzzword anymore. But countries still vie over who can claim to have done the most to connect the world’s corners.

Spain’s bragging points
Spain, with their colonizing of a significant piece of the globe by the 16th century along with their sponsoring of Magellan’s first documented circumnavigation, gets quite a few bragging points.

Guam in that story is just a dot on a map. It might be the first dot in the Pacific on the map of the modern world, but it is nonetheless a dot. The people who live on that dot, the story of the people who have called that dot home for millennia, is easily glossed over.

The late Nigerian author Chinua Achebe, most famous for his wonderfully tragic book, “Things Fall Apart,” was known to quote an African proverb: “Until the lions have their own historians, the history of the hunt will always glorify the hunter.”

This is an apt sentiment when thinking about what role a CHamoru today should take in terms of this commemoration.

If we ignore it and don’t take advantage of the chance to tell the story of the CHamoru people and how Spanish colonization has impacted us, we may end up silenced again. Except this time, instead of lions and hunters, the 500th anniversary would be a tale that glorifies European explorers, while once again CHamorus are left voiceless, their presence simply there to glorify the great Magellan.

Read Also :   Pfizer to supply US with additional 100 million doses of vaccine 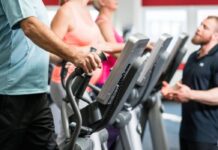