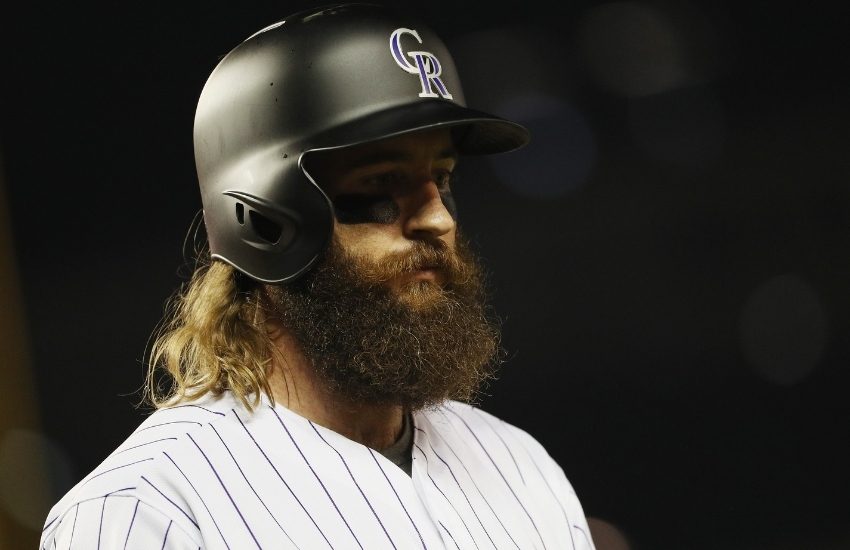 The Rockies produced runs in just one inning Thursday night and fell 6-5 to the Atlanta Braves at Coors Field.

Colorado, which hit into three inning-ending double plays, was beginning a seven-game homestand — the first four against Atlanta — after closing out a nine-game trip with a win on Wednesday at Texas.

The Braves (71-62), who had lost their last three games, received clutch swings from third baseman Austin Riley and center fielder Adam Duvall, who each had two RBI on extra-base hits.

A grand slam in the third inning by Rockies right fielder Charlie Blackmon capped a five-running inning to give the hosts a 5-3 lead. But in the top of the fifth, a two-run homer by Duvall capped a three-run inning as the Braves retook the lead, 6-5.

“You know, 6-5 in the fifth, it’s a ball game — anything can happen, especially here in Denver, as we know,” Rockies manager Black said. “But both bullpens clutched up. Our two guys, (Lucas) Gilbreath and (Tyler) Kinley shut down a good offense with four zeroes. And their relievers shut us down. We had a couple opportunities for a hit. We didn’t get it.”

Duvall also made a big defensive play. He robbed Rockies leadoff batter Connor Joe of extra bases to end the seventh inning. Duvall caught Joe’s long blast at the inside edge of the center-field wall.

From the outset, Blackmon and third baseman Ryan McMahon hit into double plays to end Colorado’s first and second innings before it got some luck and put together a string of quality at-bats.

Trailing 3-0 to begin the bottom of the third, Rockies catcher Elias Diaz was hit by a pitch in the back of the head by Braves starter Touki Toussaint. After a delay to evaluate Diaz, Rockies starter Chi Chi Gonzalez put down a bunt with one out and Toussaint chose to try to get Diaz at second. But his throw was off-target and Diaz was safe. Joe then singled, scoring Diaz, before Brendan Rodgers blooped a single to load the bases.

Blackmon then connected for his fourth career grand slam, and first since Sept. 11, 2020, against the Angels. It was the 10th grand slam of the season for the Rockies, tying them with the Braves for the league lead.

“That gave us a big lift,” Black said of Blackmon’s grand slam. “Down 3-1 and then the grand slam by Chuck. It’s all about momentum … ”

Atlanta built an early 3-0 lead. In the first inning, Jorge Soler launched an opposite-field solo home run, at an estimated distance of 407 feet to right field. And in the third, Riley’s double to left scored leadoff hitter Eddie Rosario and Soler, who both singled.

McMahon singled to lead off the ninth inning for Colorado. But Diaz struck out and pinch hitter Garrett Hampson hit into a double play.

“You feel like you’re definitely going to come back if you’re home down (just) one, right?” Blackmon said. “And then Mac did a good job of getting that base hit to start the ending … We had a feeling we were going to come back.”

“I made some good pitches early made a mistake to Riley for that double getting those two runs in the third,” he said.

Minnesota United collapses in final 18 minutes, falls to Sounders in...