Chuck Yeager, test pilot who broke the sound barrier, is dead at 97

Chuck Yeager, the most famous test pilot of his generation who was the first to break the sound barrier, and, thanks to Tom Wolfe, came to personify the death-defying aviator who possessed the elusive yet unmistakable “right stuff,” has died. He was 97.

Yeager came out of the West Virginia hills with only a high school education and with a drawl that left many a fellow pilot bewildered. The first time he went up in a plane, he was sick to his stomach.

But he became a fighter ace in World War II, shooting down five German planes in a single day and 13 overall. In the decade that followed, he helped usher in the age of military jets and spaceflight.

His signal achievement came Oct. 14, 1947, when he climbed out of a B-29 bomber as it ascended over California’s Mojave Desert from what was then known as Muroc Air Force Base, and entered the cockpit of an orange, bullet-shaped, rocket-powered experimental plane.

An Air Force captain at the time, he zoomed off in the plane, a Bell Aircraft X-1, and when he reached about 43,000 feet above the desert, history’s first sonic boom reverberated across the floor of the dry lake beds. He had reached a speed of 700 mph, breaking the sound barrier.

But Yeager, in the headlines for a time, became a national celebrity only after the publication of “The Right Stuff,” by Tom Wolfe, in 1979 and the movie based on it four years later, in which Yeager was played by Sam Shepard. In the opening scene, he was depicted breaking the sound barrier.

Wolfe wrote about the post-World War II test pilot fraternity in California’s desert and its notion that “a man should have the ability to go up in a hurtling piece of machinery and put his hide on the line and then have the moxie, the reflexes, the experience, the coolness to pull it back in the last yawning moment — and then go up again the next day, and the next day, and every next day.” 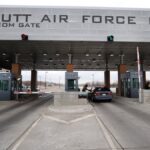 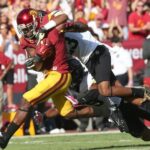 Next Story:
Keeler: Why does it feel like CU Buffs football is being punished by Pac-12 buffoonery?