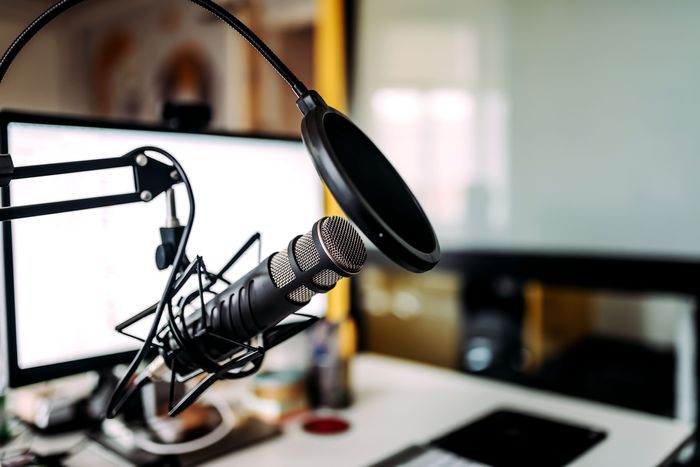 Any summation of the past year begins and ends with COVID, even if we’re just talking about podcasts. Given everything that’s happened, how can it not?

We had just a little over two months of expected life in 2020 before counties across the United States started implementing initial lockdown measures, drastically altering the shape of everyday activity. Movement was scaled down, businesses were shuttered, and a great cloud of uncertainty descended upon the populace as this massive and utterly terrifying thing unfolded all around us. At the end of March, back when most Americans still didn’t quite know what was to come, those running podcast businesses started to grapple with the potential ramifications over the long run. What was all this going to do to my livelihood? How bad was this going to get?

Somewhat bad, it turned out, but only for a while. At the beginning, podcast listening experienced a noticeable drop, as disappearing commutes scrubbed out one of the medium’s central consumption contexts. The economic uncertainty caused by nationwide closures resulted in revised and contracted spending budgets among advertisers, which put podcast companies in the position of bracing for fallout. Meanwhile, the work continued: publishers and production teams pushed to fundamentally restructure the way they did things. There was a widespread shift towards largely remote workflows: hosts migrated to their closets (here’s Ira Glass, suit sans socks), pillows were hoarded, and skeleton crews were preserved on-site. Historically-resisted compromises were made: sure, audio quality might suffer a bit, but whatever, there were more important considerations. At the time, it was unclear how long all of this would last. I vividly recall an executive telling me in late March: “Yeah, we’re all living out of our closets for a while, but I imagine we’ll be back in the studio within six months or so.” A voice in the back of my head continues to laugh bitterly to this day.

The hit didn’t end up lasting for very long. By the summer’s end, there were indications that medium-wide listening had stabilized, and we’re closing out the year with some fully expecting listening to surpass pre-2020 levels. Several factors possibly accounting for this recovery come to mind. Some of this can be attributed to fundamental changes in the way audiences integrate podcasts into their lives: less listening during morning commutes, more listening during afternoons and within expanded in-between moments as people figured out new ways to lay out their day, that kind of thing. I suspect there are some supply-side effects to be considered as well, as more pools of celebrity and talent, deprived from shooting television shows or performing on-stage, took to podcast feeds (among other publishing spaces) to preserve their relationship with their followings. It’s also worth acknowledging a darker truth: it’s simply the case that large swathes of the country continue to live out their days as if there wasn’t a pandemic, and for this portion of the American population, aspects of “normal” pre-pandemic daily life re-materialized — daily commute and gym runs included.

I’m reluctant to say we’re ending the year with the podcast business “back on track,” because that framing doesn’t feel exactly right. I suppose you could say the podcast business turned out to be resilient, though the reality is that it was insulated in much the same ways the professional class has been broadly insulated by the full economic effects of the pandemic. Yes, there are aspects of podcast production that rendered uniquely suited for this crisis environment — relatively lower costs, capacities towards remote production and distant connections, community-orientations, and so on — but there’s also something to be said about how podcasting, as both a production and consumption culture, remains embedded in the more fortunate end of the so-called “K-shaped” recovery.

Anyway, we’ve made it this far into the column without a single mention of Spotify, so let’s get to that. I reckon the Swedish audio streaming platform walked into 2020 with a different idea of how the year was supposed to play out. (You know, like the rest of us.) The company kicked off 2020 with a bang, announcing a blockbuster $250 million acquisition of The Ringer — a move that embodied its ambitions around sports, global reach, and studio-style talent management — that was probably meant to be the kick-off of a calendar-long stretch of back-to-back-to-back headlines. This was supposed to be the Year of Spotify, one where its many activities would be the oxygen pervading everything else in the ecosystem as others sought to jockey for the same spotlight. But the shock of the pandemic scattered its narrative, and while the company did proceed with a succession of other major steps — whether it’s the exclusive Joe Rogan deal, the roll-out of the Michelle Obama podcast, the torrent of deals with Kim Kardashian and Warner Bros and DC and so on, plus yet another major acquisition in the form of Megaphone, all of which are exceedingly consequential moves — it remains the case that the company wasn’t able to maintain full command of its story, in part due to the overwhelming nature of the pandemic and in part due to the uncertainties that the pandemic specifically brought to Spotify, which had to balance its podcast-centric optimism with mitigating the mixed advertising picture catalyzed by the pandemic.

Spotify’s complications proved to be an opening for others. If 2019 was the year Spotify fundamentally reframed the podcast ecosystem, 2020 was the year several of its competitors, particularly those capable of matching in scale, doubled their efforts to meet the Swedish platform at the table. iHeartMedia continued its loud and messy push forward, doling out a seemingly endless scroll of new talent signings and show deals, leveraging its galaxy of radio-derived relationships to fuel its leap into modernity, and generally working hard to put a positive spin to its corporate narrative as it tries to draw attention away from the deep layoffs and cuts that’s happening on the broadcast radio level. SiriusXM, another old world radio giant, also elbowed its way into the scene, paying $320 million to buy podcast industry stalwart Stitcher in its bid for relevance on the new frontier. Meanwhile, Amazon, long in an on-again off-again relationship with podcasts, now says it wants in again. The company’s actual intended path forward remains unclear, though, as the Bezosian tech giant seems to be letting its two relevant divisions, Audible and Amazon Music, amble forward in their own conflicting ways, even as a pricey Wondery acquisition is thought to be in its last mile.

You would be correct in reading these machinations on the Big Podcasting level as an expression of further industry consolidation. Consolidation is largely about control over the facilitation of power and gain, and should each of these players realize their intended positions in the podcast ecosystem, we’re talking about a situation in which the vast majority of activity and revenue could ultimately run through at least one of these corporations. There’s also a possible causal picture to be painted here, with the effects of the pandemic directly contributing to the severity of these consolidatory outcomes. I’m partial to this reading, if not directly (“the pandemic is seriously hurting my bottom line, time to work with or sell to Corporate Player X”), then indirectly (“I’m anxious about the pandemic’s uncertainties, time to work with or sell to Corporate Player X”).

Quick sidebar. While I fully expected more acquisitions this year, even without the pandemic, I didn’t expect the New York Times to turn out to be such an active buyer in the audio market. Working from no particular position of need, the Times picked up two audio companies this year: Audm, a service that adapts longform features into audio experiences, and more outrageously, Serial Productions. In hindsight, the Times was perhaps the most appropriate home for Snyder, Koenig, & Co., being a unique sort of major media player that’s able to give the team the arrangement, prestige, and money (of course) they deserve given their stature in the ecosystem. Serial Productions going to Spotify or iHeartMedia would’ve just been weird, and also, sad in a soul-sucking sort of way.

Anyway, as Big Podcasting continues to reshape itself, we also started to see something over the past year that could serve as its proper counterbalance: the beginnings of organized audio labor. While unions have long been a factor in public radio workforces (and Hollywood), 2020 saw a real unionizing push among audio workers in digital media firms to get them recognized as creative labor worthy of first-class union identification. With guidance from WGA East, this push has become increasingly prominent, with the organizing coalition across three Spotify-owned audio divisions driving a great deal of the current attention. Parallel to this labor push is a crucial conversation that popped up over the summer about intellectual property ownership and the question of just how much creators should own in this new podcast economy. Diversity and the prospects for creators of colors were central dimensions to this discourse, its prominence inspired in part by the broader movement for racial justice that was sparked over the summer, as was the many ways in which the pandemic highlighted the precarities of being a worker — not just a creative worker, but a worker, period — in an American labor system that doesn’t take very good care of its people.

The past twelve months have been busy as all hell, perhaps somewhat improbably, given the calamity that we’re only beginning to crawl out from under. The past 1500 words only cover a select few themes from a year that had so many: we could go on to go back over the increasingly tight relationship between Hollywood and podcasting, Apple’s intriguing new place in the universe (and Steve Wilson’s departure), the rise of right-wing podcasting and what it says about the podcast-broadcast relationship. But hey, we only have so much space, and you should feel free to hit the archives.

One last thing I do want to leave you with, though, is something that’s both a cliché and still totally true. There have been several instances over the past two years or so when a specific event made me say out loud, “This marks the end of an era.” The fact I keep feeling compelled to say that with each new event suggests I’ve been incorrect at every turn on that front, and to this day, I’m still not quite sure which event in particular rises up to being that marker. But whichever event turns out to be the actual peg in hindsight, this past year in its totality — between the coronavirus and the consolidation and the shifting relationship between capital and creative worker — really felt like a genuine turning of the page. Seriously, I mean it this time.

How to Choose High-Quality CBD Products?