Final act will define the strangest of Vikings seasons

d. But there wasn’t much to celebrate, even though the Vikings slipped past the Jaguars 27-24 in overtime.
TEXT SIZE
10
EMAIL
PRINT
MORECHIP SCOGGINS CHIP SCOGGINS @CHIPSCOGGINS
The Vikings didn’t come out and apologize after Sunday’s overtime victory over the second-worst team in professional football, but they didn’t react as if the clock had just struck midnight on New Year’s Eve, either.

The tone felt appropriate, their message on point.

They won. They felt relieved. They know that type of performance won’t cut it moving forward.

They can feel giddy if Justin Jefferson performs The Griddy in a victory Sunday at Tampa Bay.

“We still haven’t put it all the way together yet,” coach Mike Zimmer said Monday. “If we do that, then I think we have a chance to be pretty good.”

This would be a good time for that.

Act III of the strangest season in team history officially starts now. That they are even in this position is a testament to their ability to stay engaged mentally and competitively, a gift from the schedule-makers and the fact that the NFL is filled with lousy teams.

But here they are, holding the NFC’s seventh seed, the final playoff position, with four games left. The safe bet is that the Vikings need to go 3-1 to keep a playoff spot, which means they likely need to win either at Tampa Bay or at New Orleans, and also not trip up against Chicago or Detroit.

This stretch will set the record on two fronts: Can the Vikings win in a higher weight class? And can Dalvin Cook make it to the finish line without collapsing from exhaustion?

The Vikings have looked really good, really bad and really mediocre at various times this season. They have been consistent in being confounding, which is another way of saying inconsistent. That attribute in a team is a surefire way to drive outside observers bonkers.

Optics shape perception, and it’s just difficult to completely buy-in to the Vikings’ about-face after watching them squeak by — or even lose to — inferior opponents over the past month.

The Jacksonville Jaguars are so wretched that if they were a college team, they would be one of those nonconference cupcakes with a hyphen in their name. Being pushed to overtime by that collection does not inspire confidence that the Vikings are primed to find another gear.

Who knows, maybe they will. This season already has been one strange trip.

At 1-5, the Vikings felt like a lost cause. Tank for Trevor, trade veterans, fire everyone.

At 6-6, things feel like … what, exactly? Not a lost cause but not raging optimism. Not a sense that this team is truly a contender. Vikingsland was not gushing with joy Sunday afternoon. Or as Zimmer put it, nobody was hootin’ and hollerin’ in the locker room.

“When you can get a win, you’re definitely not going to be down about it,” safety Harrison Smith said. “But you have to be realistic and understand that it’s going to be hard to beat some teams making big mistakes like we have.”

It wasn’t hard to read between those lines.

They will be hootin’ and hollerin’ if they can beat Tom Brady this week. The Buccaneers have their own issues, but a win there would carry different meaning than just barely surviving against Carolina and Jacksonville.

This would be an ideal time to have a semi-fresh Cook to face the league’s top two run defenses (Bucs and Saints) in the next three weeks. But that 1-5 start and Zimmer’s steadfast adherence to a run-centric offense has detonated Cook’s load management.

Cook’s usage has become a weekly topic as his touches track toward historic rates. Is it sustainable? We’ll find out.

Give the Vikings credit for making this season relevant again. The idea of them playing meaningful games in December would have been a real knee-slapper after their 1-5 start.

The defense has improved (although I’m still not sure to what degree), Cousins has played significantly better and Jefferson has emerged as a star.

And yet the optics of sloppy victories over Carolina and Jacksonville leave a nagging feeling about where this is all headed.

The Vikings can change that. They get to define, or redefine, their own narrative starting now. 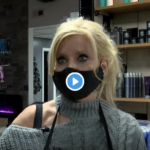 Next Story:
What a second shut down would do to local businesses