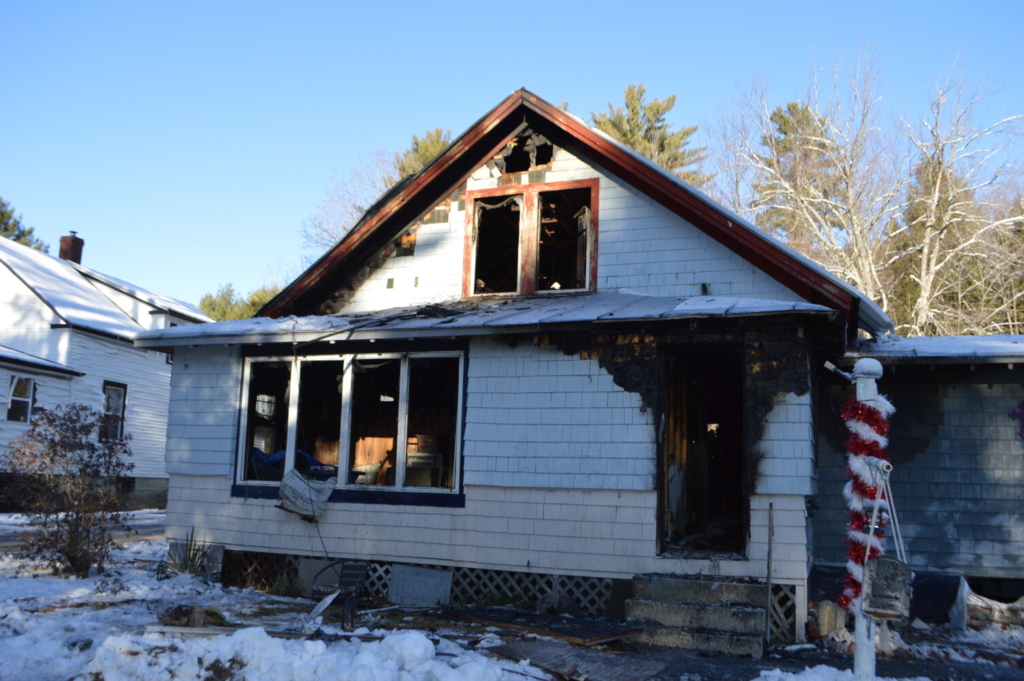 WILTON — Five cats are believed to have perished Sunday in a fire that destroyed a 2½-story house at 52 Davis Court, which is off Route 156, Fire Rescue Chief Sonny Dunham said Monday.

State fire investigator Jeremy Damren was at the scene Monday morning along with Dunham and Deputy Chief Tom Doak, to determine the cause.

A neighbor reported smoke coming from the house about 3:59 p.m. Owners Robert and Cindy Stevens, who had been delivering Christmas presents, arrived home to find their house on fire. Before the couple left, they filled the wood stove in the basement, which is directly below the kitchen, Dunham said.

Dunham said he was at the station and arrived in about 2 minutes and saw flames coming out two windows on the left side of the house, near the back of the home. The couple wanted to go in and get their pets but Dunham said he couldn’t let them because the house was burning.

About 48 firefighters from Wilton, East Dixfield, Farmington, Jay and Livermore Falls responded, along with nine firetrucks and NorthStar EMS ambulance personnel. No one was injured but NorthStar personnel checked at least one person.

There was a lot of smoke, Dunham said.

Advertisement
The heat caused siding at a neighbor’s house to melt and buckle.

“We had a good supply of water,” he said, with a hydrant nearby.

The house is insured. The Stevenses stayed with family on Sunday night, Dunham said.