Changes to the way millions of Americans voted this year contributed to record turnout, but that’s no guarantee the measures making it easier to cast ballots will stick around for future elections.

Advertisement
Republicans in key states that voted for President-elect Joe Biden already are pushing for new restrictions, especially to absentee voting. It’s an option many states expanded amid the coronavirus outbreak that proved hugely popular and helped ensure one of the smoothest election days in recent years.

President Donald Trump has been unrelenting in his attacks on mail voting as he continues to challenge the legitimacy of an election he lost. Despite a lack of evidence and dozens of losses in the courts, his claims of widespread voter fraud have gained traction with some Republican elected officials.

They are vowing to crack down on mail ballots and threatening to roll back other steps that have made it easier for people to vote.

“This myth could not justify throwing out the results of the election, nor can it justify imposing additional burdens on voters that will disenfranchise many Americans,” said Wendy Weiser, head of the democracy program at the Brennan Center for Justice at the NYU School of Law.

An estimated 108 million people voted before Election Day, either through early in-person voting or by mailing or dropping off absentee ballots. That represented nearly 70% of all votes cast, after states took steps to make it easier to avoid crowded polling places during the pandemic.

A few states sent ballots to every registered voter while others dropped requirements that voters needed a specific excuse to cast an absentee ballot. Many states added drop boxes and expanded early voting options.

The changes were popular with voters and did not lead to widespread fraud. A group of election officials including representatives of the federal cybersecurity agency called the 2020 presidential election the “most secure” election in U.S. history, and U.S. Attorney General William Barr told The Associated Press there had been no evidence of fraud that would change the outcome of the election.

In this Oct. 15, 2020, file photo U.S. Attorney General William Barr speaks during a roundtable discussion on Operation Legend in St. Louis.Attorney General Barr: No evidence of widespread fraud that’d change presidential election outcome
Bill BarrAG William Barr sees ‘no reason’ for special counsel on election, Hunter Biden
Nevertheless, Republicans in Georgia have proposed adding a photo ID requirement when voting absentee, a ban on drop boxes and possibly a return to requiring an excuse for mail voting, such as illness or traveling for work on Election Day.

Early supporters of the ID requirement include Gov. Brian Kemp and Secretary of State Brad Raffensperger, Republicans who were criticized relentlessly by Trump for failing to back his fraud claims after losing in Georgia. A top deputy for Raffensperger has said the ID requirement would boost public confidence and refute any future claims of fraud.

In Pennsylvania, Republican lawmakers have been writing legislation to address what they claim are problems with the 2020 election and mail voting in particular, even though courts and elections officials have found no evidence of widespread problems.

“We’d like to tighten it up as soon as we can,” said Pennsylvania Senate Majority Leader Kim Ward. 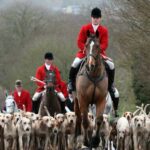 Next Story:
Virus, other problems threaten to throw off homeless census