A news release from the Guam Power Authority sent Wednesday included a copy of a letter from John Benavente, GPA general manager, to senators urging them to vote down legislation. He said it interferes with covenants already in place.

the bill will cause an increase in power rates because GPA still has debt obligations;
any savings realized by the educational institutions are only shifted to existing ratepayers;
the bill would bypass the rate-setting authority granted to the Public Utilities Commission by existing law and interferes with GPA’s bond covenants;
it would set a dangerous precedent and could result in similar proposals from other large customers of GPA;
the gill ignores a system of checks and balances already in place; and
it ignores energy efficient programs already in place and proven as an effective savings method for all ratepayers.
This file photo shows solar panels on a roof. The latest figures from GPA show an exponential increase in net-metering customers in the last two years.
GPA estimates the Guam Department of Education, the University of Guam and Guam Community College pay about $14 million annually for electricity.

More:Senators consider whether supporting solar use would lead to higher power costs

In October, Jeffrey Johnson, chairman of the PUC, responded to the proposed bill and listed similar concerns as Benavente’s. His letter said the bill didn’t include any study on whether GPA’s transmission and distribution system could handle the extra power potentially generated by its large customers.

“The Guam PUC, with its available utility consultants and experts, is the appropriate body to conduct such study,” Johnson wrote. “The bill should not be enacted into legislation without a study demonstrating that there would be no adverse impact on GPA’s transmission and distribution through the substantial expansion of net metering.”

GPA said the bill, if enacted, would create a breach of contract for the agency’s loans and potentially require accelerated payback and other remedies needed for it to comply with its agreements. 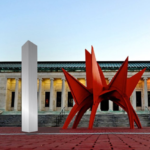 Next Story:
Mysterious monolith’ appears at Toledo Museum of Art