CLARKSBURG, WV – One half of a Clarksburg duo that rose to fame earlier this decade through a Facebook page made in their honor, has died.

According to the Gramma and Ginga Facebook page, Gramma, whose full name was Genevieve Musci, passed away, peacefully, around 10:30 p.m. on Christmas at 106 years old.

Family members described the significance of her passing on Christmas: “it’s fitting that a woman who, up until Covid, probably hadn’t missed a Sunday mass in about 100+ years, would cross over on the day of our Lord’s birth.”

In the post also said that the family chose not to have her tested for COVID.

As of Saturday morning, the post announcing Gramma’s death had garnered more than 24,000 condolences.

Gramma and her younger sister Ginga(Arlene Bashnett) became well known around 2016 when family members began posting videos on social media of the pair’s funny interactions and antics. The duo were featured on various national Tv shows, including Jimmy Kimmel Live and Little Big Shots with Steve Harvey. In addition to the Facebook page, the sisters have Instagram, Twitter and Youtube accounts and a website dedicated to them.

Several 12 News employees past and present have gotten the chance to know the ladies through stories we’ve had the privilege to do with them. Everyone at WBOY and 12 News sends our thoughts and prayers to the family.

Read Also :   Explosion in Nashville may have been 'intentional,' police say 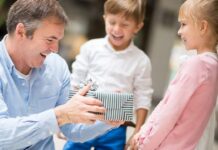 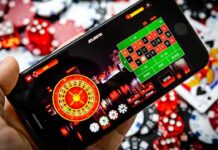 When Should You Remove Your Engagement Ring?