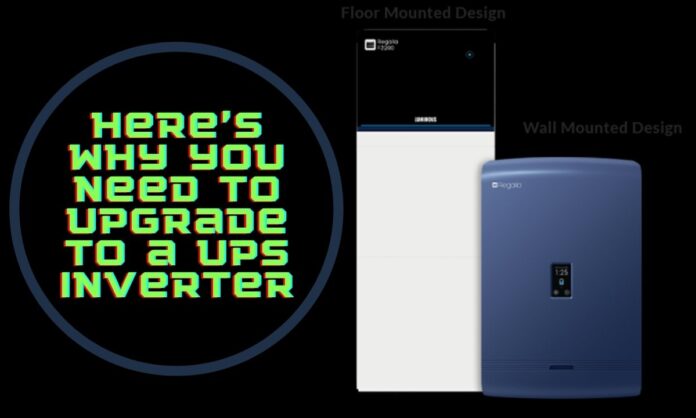 Power outages due to breakdowns, or because of scheduled maintenance, are common, especially during the summer season. Having a UPS inverter is a surefire way to ensure a reliable power backup during long and frequent power cuts.  The best part is that there’s a wide range of inverters available in the market ranging from low to medium to high capacity inverters. So whether you want to run a few basic appliances such as fans, tube lights, bulbs or you want to run high power-consuming devices such as ACs, microwaves, or geysers, you will find an inverter according to your need.

Global warming and climate change are a growing concern, and therefore, governments across the globe are taking several measures to ensure a sustainable future. We too need to act more responsibly and do our bit to ensure a greener Earth. One of the ways to do so is to replace the old diesel generators with the latest environment-friendly UPS inverters. Unlike diesel generators that release harmful gases, UPS inverters are safe to operate and do not pose any threat to the environment or your family.

The ones who have gone through the pain of their expensive electronic appliance getting damaged because of a voltage fluctuation would know the importance of installing a home UPS inverter. If you don’t have a UPS inverter installed in your home, you are risking the safety of your expensive appliances like LED TVs, refrigerators, air conditioners. We advise that you should get one installed without any delay.

If you want to buy a home UPS inverter, but don’t know where to start your search, you must check out the wide range of UPS inverters that Luminous India has to offer. They are one of the most reputable brands in the power solutions space.

Read Also :   Google With An Anti-Tracking Feature For Android