Grammy nominee Blue Ivy Carter is truly going out of her way to try and educate the masses. Who else would’ve given her father, music mogul Jay-Z, the idea to expand his entertainment company Roc Nation to the written word? A decade after publishing his own memoir, Decoded, Roc Nation is starting an imprint with Random House called Roc Lit 101. Per an announcement Tuesday, Random House and Roc Nation plan on releasing “books at the dynamic intersection of entertainment and genre-defying literature.” Initial releases for next summer include Till the End, a memoir by retired pitching star CC Sabathia, and Shine Bright by music journalist Danyel Smith, a story of Black women in music combining memoir, criticism, and biography. A book by Meek Mill on “criminal justice and survival,” as well as memoirs by Yo Gotti and Fat Joe, and fantasy fiction from Lil Uzi Vert are also planned for the future, along with cookbooks, children’s books, and more. Roc Lit 101 will be led by publisher and editor-in-chief of the Random House imprint One World, Chris Jackson, who has worked with Ta-Nehisi Coates, in partnership with Jana Fleishman, executive vice president of Roc Nation. “Our aspiration for the imprint is to create books that draw from the best of pop culture — its most imaginative and talented storytellers, innovators, and literary chroniclers — to create beautifully written and produced works that will entertain and enthrall readers, but also illuminate critical issues,” said Jackson, who published Decoded. Random House declined to comment to the AP when asked if Jay-Z himself or Beyoncé might publish through the imprint, so we’ll put all our hopes into a Blue Ivy guide to being a boss. The world needs it. 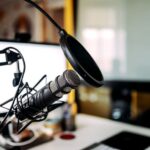 Next Story:
The first doses of COVID-19 vaccine have arrived in Utah and here’s who will get them