Olivia West tallied 22 for the Sharks (1-0) before fouling out. Amy Atwell led the Rainbow Wahine with 21 points and nine rebounds. Daejah Phillips had 11 points and Jadynn Alexander chipped in 10 for Hawaii (0-1) .

“That’s a great team. We knew HPU was coming off an incredible season and should’ve been national champions (in D-II). We didn’t execute well offensively. They were the better team tonight,” Hawaii coach Laura Beeman said.

“Second half, we couldn’t go as big as I wanted to. We had to go to some smaller lineups. The biggest thing is, for whatever reason, we couldn’t get a hand up and close out on (their) shooters,” Beeman noted. “Kelsie (Imai) did a great job leading our team as a point guard, especially when Nae (Calhoun) got in foul trouble.”

Calhoun finished with eight points. Hawaii had 20 turnovers to HPU’s 11.

Down by 10 entering the fourth quarter, UH’s 17-7 run tied the game at 69, but Makenna Gambee’s first two points of the game and a 3 from Avery Cargill gave HPU a five-point lead with 1:28 left. Hawaii never tied the game again.

“Just really proud of my kids, just proud of their hard work and everything that they’ve gone through with the virus, the whole thing. It’s pretty awesome that they could come out here and play the way they did,” HPU coach Reid Takatsuka said.

Baum, one of three Australians on the Sharks’ roster, scored another six points as HPU opened the lead to 80-71. Atwell made a corner 3 for UH with five seconds left, and Cargill (14 points) closed the scoring with two free throws with one second remaining.

Ally Bates added 10 points for HPU before fouling out.

The 10 Biggest Credit Card Mistakes You Can Easily Avoid 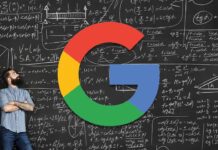