In a significant development, Tajikistan on Thursday awarded the country’s highest distinction to former Afghan defence minister Ahmad Shah Massoud and former Afghan president Burhanuddin Rabbani. Massoud was known as the Lion of Panjshir and led the strongest resistance against the Taliban from his stronghold in the valley until he was assassinated two days before 9/11.

His son Ahmad Massoud is currently leading the resistance against Taliban along with former vice president of Afghanistan Amrullah Saleh and former defence minister Bismillah Khan Mohammadi in Panjshir valley. Panjshir is separated from Tajikistan by Badakhshan province where Tajiks and Uzbeks are a majority rather than Pashtuns, who form the core of the Taliban.

This is the only region which was not captured by the Soviets or the Taliban in the 1980 and 1990s.

Rabbani, meanwhile, served as the political head of the Northern Alliance, when it took on the Taliban in the 1990s.

Tajik President Emomali Rahmon issued the decree awarding the Order of Ismoili Somoni 1st Class on both the leaders posthumously. According to the president’s official website, the award has been given to Massoud and Rabbani “for their assistance and mediation in organising inter-Tajik peace negotiations in 1993-1996”. The honour is a recognition of the role the two leaders played in ending the civil war in Tajikistan.

The website also said that the decrees have been issued as Tajikistan marks 30 years of its independence on September 9, 2021.

The award comes just days after American soldiers left, and fuels speculation that Tajikistan will support the resistance being led by Ahmad Massoud and Saleh.

Read Also :   Loud booms’ in south Austin lead to 911 calls but no explanation

Saleh is a Tajik and fought with Massoud’s father as he took on the Taliban. After the US withdrawal, Saleh said that he will not betray his mentor and vowed to continue fighting Taliban.

The Order of Ismoili Somoni is Tajikistan’s highest distinction. It is named after Isma’il ibn Ahmad, the ruler of the Samanid dynasty, also known as Ismoili Somoni. 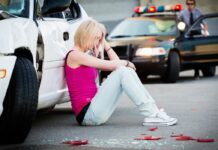