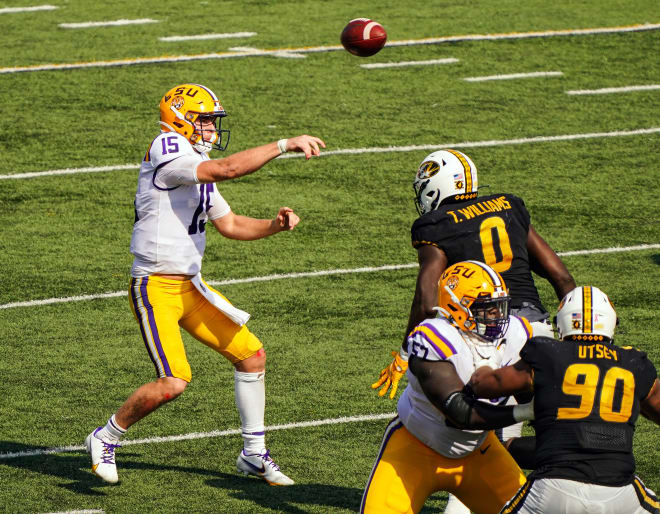 In a bit of surprise news, Missouri head coach Eli Drinkwitz revealed during his press conference Tuesday that senior defensive end Tre Williams is no longer with the team. Williams, a Columbia native, was honored as part of the team’s Senior Day festivities prior to Saturday’s win over Arkansas.

“Tre came in and had a conversation about the future, about his future with Mizzou football, and as of right now, he’s exploring opportunities outside of Mizzou football,” Drinkwitz said.

Though Drinkwitz didn’t use the phrase “opt out,” Williams is the second senior to end his 2020 season in as many weeks, joining cornerback Adam Sparks. Sparks, who had spent the prior two weeks in quarantine due to COVID-19, opted out before the Arkansas game.

Drinkwitz spoke highly of Williams, saying he’s “earned the right” to look into other opportunities.

“I love Tre,” Drinkwitz said. “I love everything about him, the way he plays. And so we wish him the absolute best in whatever he decides to do with his future.”

Williams is not the only Missouri player who will be unavailable when the team hosts No. 9 Georgia on Saturday. Drinkwitz revealed that two Missouri players have been placed in quarantine due to COVID-19 contact tracing, though he didn’t specify which players. He also said that cornerback Jarvis Ware will miss at least one week due to a “pretty significant injury” suffered during the win over Arkansas. Ware, who missed the majority of the first two games this season with a knee injury, has started at cornerback each of the past two years. He will likely be replaced by true freshman JC Carlies.

“Jarvis Ware had a pretty significant injury in the game, and he wasn’t able to return,” Drinkwitz said. “Will put him out for at least at least this week, and we’ll get a second opinion on and figure out moving forward.”

Missouri will also have a couple players questionable for this week’s matchup, according to Drinkwitz. That includes defensive tackle Kobie Whiteside, who left the Arkansas game and did not return. Whiteside already missed five games this season due to a knee injury. Tauskie Dove will be a question mark, as well, as Drinkwitz revealed he is dealing with a shoulder injury.

Hazelton, Chism recognized by team
A couple Missouri players earned recognition from the SEC for their performances against Arkansas. Quarterback Connor Bazelak was named the league’s freshman of the week, taking home the honor for the second week in a row and the third time this season. Freshman kicker Harrison Mevis made for an easy selection for conference special teams player of the week, as he made all five of his field goals, including the game-winner as time expired.

But Drinkwitz selected a pair of graduate transfer receivers as Missouri’s offensive players of the game following Missouri’s 50-48 victory: Damon Hazelton and Keke Chism. Chism led the team with six receptions for 113 yards, while Hazelton caught five passes for 98 yards, including two for 26 on the Tigers’ game-winning drive.

The breakout performances for both players represented the type of contributions the Missouri staff likely expected from them when it added them to the roster during the offseason. It also might have looked unlikely a few weeks ago, especially for Hazelton. Due to a combination of unavailability and drops, the Virginia Tech transfer fell as far as the third string on Missouri’s depth chart at one point this season. Prior to Saturday, he had caught just three passes in Missouri’s previous two games, all of them coming once the win over Vanderbilt had already been secured. He only entered Saturday’s game due to Dove’s injury.

Drinkwitz praised Hazelton for staying ready and making the most of the opportunity once his number was called.

“It hasn’t gone exactly the way he wanted it to with the hamstring injuries and the different things that he’s had to battle behind the scenes that not everybody knows about,” Drinkwitz said of Hazelton’s season. “But he stayed the course. He’s been ready, he stayed ready, and when Tauskie got a little bit dinged up in the game, boy he was ready.”

Hazelton both missed the majority of fall camp with a hamstring injury and missed Missouri’s win over LSU while he was quarantined. He dropped four passes across the first four games he played, according to Pro Football Focus. He said he persevered through the early-season struggles by looking at the positive aspects of his situation and prioritizing his leadership. He doesn’t mind who is on the field as long as the receiving corps is making plays and Missouri is winning.

“Whatever my role may be for the team, it doesn’t really matter, it’s not a big deal to me,” he explained. “Adjusting my role, this is the first time where, like you said, you go back a little bit in the lineup. Stuff that you never see coming. It didn’t really bother me, though, because I just looked at it as another way like, oh, now you can be a leader for these guys on the sideline, which you have never really had to do in your career.”

Once Hazelton entered the game, Bazelak looked his way early and often. Hazelton routinely beat the single-coverage he drew on the perimeter. With four of his five catches coming in the fourth quarter, Drinkwitz called his performance “the difference in the game.”

“He was a matchup nightmare for them, and could not be stopped,” Drinkwitz said. “And the fact that him and Connor had that connection in the game was the difference in the game.”

At the time, Georgia was in the midst of a quarterback crisis, listing four different players as co-starters at the position. But in the two games since, the Bulldogs appear to have found a reliable playmaker behind center in the form of USC transfer J.T. Daniels.

Daniels made waves when he transferred to Georgia during the offseason. He didn’t make his debut until two weeks ago, however, in the Bulldogs’ win at Mississippi State, perhaps because he was still recovering from a torn ACL suffered last season. In the two games Daniels has played this season, he’s completed 28 of 54 passes for 540 yards, six touchdowns and one interception. In Georgia’s prior three games, its passers had combined to complete just 43.4 percent of their passes for four touchdowns and eight interceptions. Drinkwitz said Daniels has made the Georgia offense more dynamic.

“On the offensive side of the ball, coach (Jeff) Monken, their new offensive coordinator, has really added some explosiveness to it,” Drinkwitz said. “They’ve settled in on their quarterback, who has really added a new element in the throw game.”

The presence of Daniels made Georgia’s always-potent rushing attack even more effective against South Carolina, when the Bulldogs racked up 332 yards on the ground. Drinkwitz noted that Missouri will have to fix the issues its defense had against the run last week, when the Tigers surrendered 292 yards on the ground to Arkansas. He also said one overlooked challenge presented by Daniels is the fact that there’s so little tape on him playing in Monken’s system, which makes it difficult to identify ways to slow him down.

“Anytime you have a new quarterback who’s got game experience underneath him, then there’s going to be a challenge to figuring out how to stop him,” said Drinkwitz. “One of the benefits of film is that you get to see other people try things and figure out, okay, that gives him problems, that doesn’t give him problems. This fits into our scheme. And there’s just not a lot of tape on JT. We know he’s a tremendous talent at quarterback. So we’ll have to hunt and peck and make in-game adjustments until we figure it out.”

Drinkwitz lobbies for Maietti to return
One of the many unique facets of this college football season is the fact that it doesn’t count against the eligibility of any player, meaning everyone can return to play in 2021, even seniors. Some Missouri seniors have already informed Drinkwitz that they plan to do just that. Tuesday, he publicly lobbied for another player to add his name to the list: center Michael Maietti.

Maietti, who joined the team as a graduate transfer from Rutgers during the offseason, has started every game and played the most snaps on Missouri’s team this year, 602. According to Pro Football Focus, he’s tied for the third-highest overall grade among Missouri offensive players this season.

“Man, I love Michael Maietti,” Drinkwitz said. “… The leadership and toughness and just the consistency of performance that he’s provided has been unbelievable. I’m begging that guy every single day and, now doing it publicly, for him to come back.”

A few hours later, Bazelak lent his voice to the cause. Bazelak, who lives with Maietti, noted that he didn’t get to experience a lot of winning at Rutgers. If he’s enjoyed Missouri’s five wins in its past six games, Bazelak said, he should consider returning for 2021.

“He’s a great guy,” Bazelak said. “Even though he’s only been here for one year, we have a great relationship, and obviously him being a senior, I hope he comes back.”

Drinkwitz revealed Tuesday that seniors who choose to return next season will not be counted against the 85 scholarship player limit imposed by the NCAA, so they represent a “free opportunity.” Five Tiger seniors — defensive tackle Kobie Whiteside, linebacker Jamal Brooks, defensive end Sci Martin, wide receiver Micah Wilson and punter Grant McKinniss — chose not to participate in the team’s Senior Day ceremony on Saturday, indicating they plan to return to school for another year. McKinniss, who spoke to the media Tuesday, confirmed that he’ll be back.

“I just really think I need some more time, just to develop as a player,” he said. “Obviously I want to play at the next level, and I don’t think I’m where I need to be to do that just yet. Obviously we have another year of eligibility, so I’m going to use that.”

Winter Quilts, What Is the Most Suitable for You? 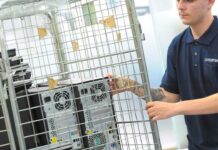