Congress made it much easier for people to tap their retirement savings during the pandemic to cope with financial hardships. But rather than rush to take up a limited time offer, most consumers have avoided turning to that safety valve to get by.

“People really do want to preserve those funds for retirement. Very few people have taken a withdrawal,” said Sarah Holden, senior director of retirement and investor research at the Investment Company Institute in Washington, D.C.

Pulling money early out of a retirement plan is a costly proposition in terms of the tax obligations triggered and the opportunity cost from lost compounding. But Congress in late March softened the tax hit on plan withdrawals of up to $100,000, provided they were made this year to deal with impacts from the novel coronavirus.

The CARES Act waived the 10% penalty tax normally charged on withdrawals from 401(k) and related plans made before the age of 59½. Taxes on distributions, normally paid in one year, can be spread out over three years. And if the money is repaid within three years, the taxes paid will be returned.

So how many people took advantage of coronavirus-related distributions as they are officially called? Not that many, at least compared to those who collected extra unemployment insurance benefits, took out Paycheck Protection Program loans or sought relief from making payments on their mortgages.

Greenwood Village-based Empower Retirement estimates that of the 6.4 million plans it administers that were eligible for a coronavirus-related distribution, 3.8% recorded one through Nov. 20. About a fifth of those who took money out did so more than once, resulting in about 390,000 withdrawals.

The average amount taken out was $17,000, with plan participants in their 50s having the highest average withdrawals at $24,495 and those in their 40s making the most withdrawals. Only 3% of those who made a coronavirus-related distribution took the maximum $100,000 allowed.

“Overall, while this is a small percentage of the Americans we serve, these numbers have been fairly steady since the CARES Act was enacted earlier this year,” said Empower Retirement President and CEO Edmund F. Murphy III. “ In addition, we believe there will continue to be more people seeking emergency access to their retirement funds until the pandemic subsides and economic conditions improve.”

Counts from the Investment Company Institute based on 30 million employer-based defined contribution plans found 4.4% of participants took a coronavirus-related distribution through Sept. 30. Other withdrawals, which lack the more favorable terms provided under the CARES Act, ran at 3.4% in the third quarter, close to the 3.3% rate seen a year earlier. Holden said there could be some overlap between the two categories.

The CARES Act also allowed participants who had previously borrowed from their plans to defer payments and Empower Retirement received 33,000 deferral requests as of Nov. 20. About four in 10 of those making a coronavirus-related distribution had taken loans from their plans in the past, indicating they may have viewed a withdrawal as a better alternative. New loan requests from plan assets are down by a third this year compared to last year, Empower Retirement said.

But that doesn’t mean households aren’t under financial stress. The weekly Household Pulse survey from the U.S. Census Bureau found that a third of Colorado households have suffered a loss of income and nearly as many, 31.5%, are struggling to pay the usual household expenses.

Fidelity Investments, in a survey released earlier this month, found that two out of three respondents had suffered a financial setback of some type this year and nearly three in 10 said they were worse off financially than they were a year earlier. To cope with a loss of income or unexpected expenses, 45% said they cut back on spending, 37% dipped into emergency savings, 23% took on additional personal loans or turned to credit cards and 20% borrowed from friends or family.

Another explanation for the low withdrawal rates is that workers in low-wage services jobs, the kind hardest hit by closures during the pandemic, were less likely to have a retirement plan in the first place, at least compared to the white-collar professionals who could work at home.

Workers age 16 to 29 account for a quarter of the workforce, but represented a third of the gain in unemployment between February and April of this year, according to a blog post from Brookings. Even if they had a retirement plan, someone in their 20s likely hasn’t accumulated as much in assets to tap.

Bob Murphy, AARP state director in Colorado, said nearly half of Colorado workers lack access to a retirement plan at work, something the legislature tried to address by passing the Colorado Secure Savings Program. The new program will provide workers access to a state-supervised IRA account that can be funded through payroll deductions.

Compared to the last recession, the federal government cast a much wider safety net of social assistance, and it did so quickly. Unemployed workers received an extra $600 a week in federal unemployment benefits through the end of July. And those eligible to receive assistance was broadened for the first time to include the self-employed.

RELATED ARTICLES
Swift backlash for Brazil students targeting misinformation
How to spot fake shopping sites and avoid being scammed
Colorado company makes progress toward the “holy grail” of electric transportation
Hacked U.S. government networks will need to be burned “down to the ground”
Weak winter tourism hiring snaps a six-month streak of job gains in Colorado
In another unprecedented move, the CARES Act provides up to a year in relief from mortgage payments for those impacted financially because of the pandemic. Although that number has come down as people returned to work, Black Knight estimates that 4.76 million home loans were under active forbearance plans by late May, equivalent to 9% of the mortgages out there.

In early September, the Center for Disease Control issued a nationwide eviction moratorium through the end of this year, and Gov. Jared Polis reinstated one for Colorado in October. Given that housing represents the biggest expense item for most people, that relief could have reduced the need to dip into retirement savings.

Brad Bartick, manager of Charles Schwab’s Denver branch, said there are several questions that someone looking at a withdrawal needs to ask, including are there other sources of support they can draw on, can they pay the withdrawal back in time to avoid taxes, can they cover any additional taxes and will they be able to meet important long-term financial goals.

A key motivation to stay the course is that many people realize they are behind in accumulating the savings they will need to retire, and that the pandemic will pass in the coming months. An AARP survey of Coloradans age 25 to 64 last year found that two out of three were anxious about having enough saved for retirement and 54% described themselves as behind schedule.

“Generally, people realize the need to hang onto the (retirement) money. People have adjusted their spending. They have hunkered down,” Murphy said. 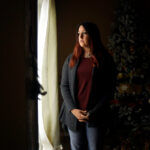 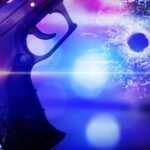 Next Story:
Police called for shots fired in Johnstown