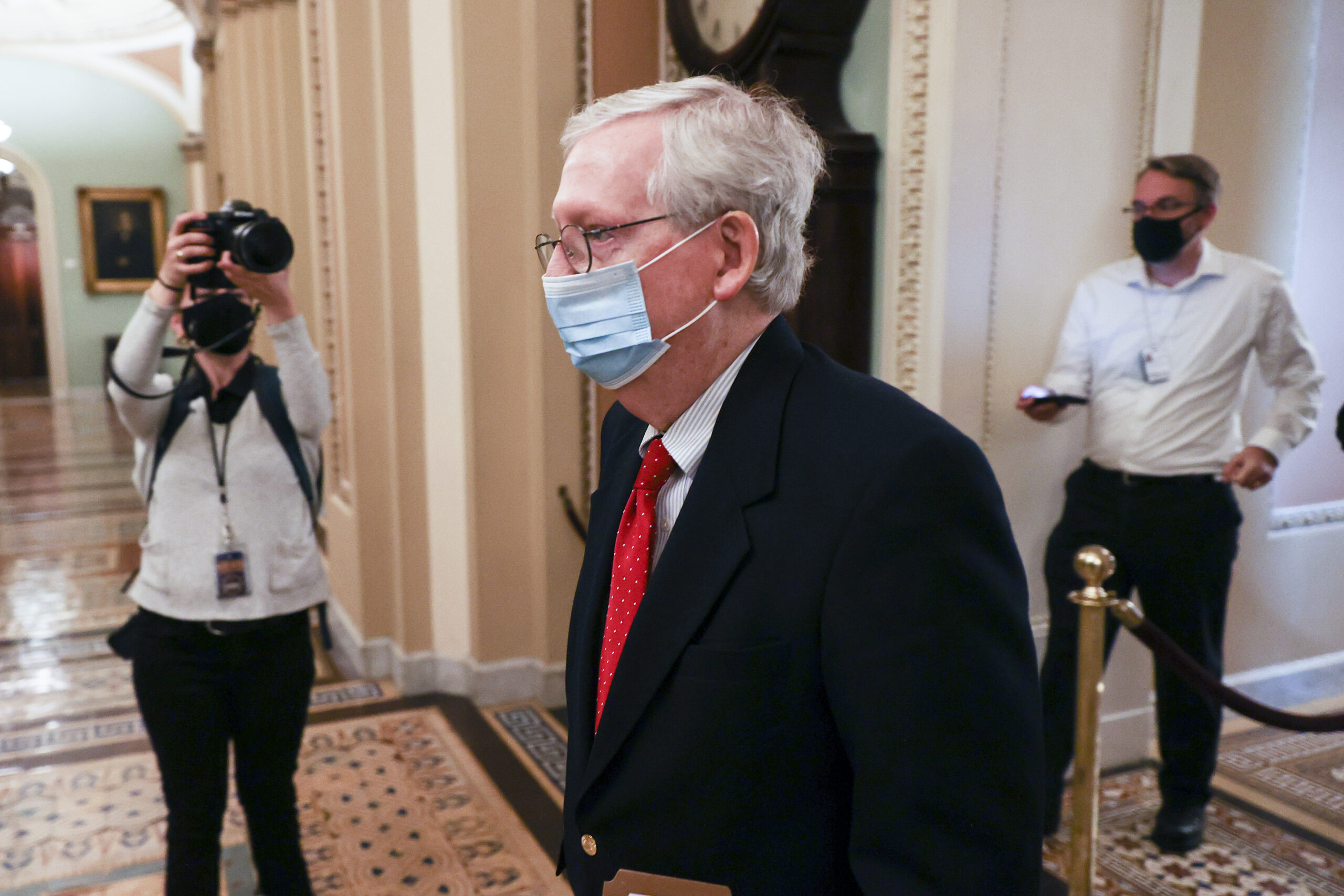 The Republican leader’s statement delivered in a speech on the Senate floor ends weeks of silence over President Donald Trump’s defeat. It comes after electors met Monday and affirmed Biden’s election win.

“Many of us had hoped the presidential election would yield a different result,” McConnell said. “But our system of government has the processes to determine who will be sworn in on Jan. 20. The Electoral College has spoken.”

McConnell prefaced his remarks with praise for Trump’s four years in office, saying Trump and Vice President Mike Pence “deserve our thanks.”

THIS IS A BREAKING NEWS UPDATE. AP’s earlier story follows below.

For the first time, a groundswell of leading Republicans said Monday that Democrat Joe Biden is the winner of the presidential election, essentially abandoning President Donald Trump’s assault on the outcome after the Electoral College certified the vote.

With states affirming the results, the Republicans faced a pivotal choice – to declare Biden the president-elect, as the tally showed, or keep standing silently by as Trump wages a potentially damaging campaign to overturn the election.

Senate Majority Leader Mitch McConnell, R-Ky., was quiet on the issue Monday. But a number of senators said the time has come.

“At some point you have to face the music,” said Sen. John Thune of South Dakota, the second-ranking GOP leader. “Once the Electoral College settles the issue today, it’s time for everybody to move on.”

Sen. Roy Blunt of Missouri, the chairman of the inaugural committee, said the panel will now “deal with Vice President Biden as the president-elect.”

Just last week, the Republicans on the inauguration committee had declined to publicly do so. He said Monday’s Electoral College vote “was significant.”

“That’s sort of the nature of these elections. You got to have a winner. You got to have a loser,” Cornyn said, adding that once Trump’s legal arguments are exhausted, “Joe Biden’s on a path to be president of the United States.”

The turnaround comes nearly six weeks after Election Day. Many Republicans have ridden out the time in silence, enabling Trump to wage an unprecedented challenge to the nation’s cherished system of voting.

Some GOP lawmakers have vowed to carry the fight to Jan. 6 when Congress votes to accept or reject the Electoral College results. Others have said Trump’s legal battles should continue toward resolution by inauguration day, Jan. 20.

“It’s a very, very narrow path for the president,” said Sen. Lindsey Graham, R-S.C., a top Trump ally. “But having said that, I think we’ll let those legal challenges play out.”

Historians and election officials have warned that Trump’s unfounded claims of voter fraud threaten to erode Americans’ faith in the election system, and that lawmakers have a responsibility under the oath of office to defend the Constitution.

“The campaign to overturn the outcome is a dangerous thing,” said Julian Zelizer, a professor of history and public policy at Princeton.

RELATED CONTENT
After election is called for Biden, McConnell says Trump ‘100% within his rights’ to challenge results in court
Mitch McConnell, Chuck Schumer to remain Senate party leaders, but majority remains uncertain
In a first, leading Republicans call Biden president-elect following Electoral College vote
“This is a Republican operation, not a presidential operation,” Zelizer said. “Without their silence, he couldn’t do what he is doing.”

Trump is trying to throw out the ballots of thousands of Americans, particularly those who voted by mail, in dozens of lawsuits that have mostly failed. His legal team is claiming irregularities, even though Attorney General William Barr, who abruptly resigned Monday, has said there is no evidence of widespread fraud that would alter the election results. State election officials, including Republicans, have said the election was fair and valid.

In a decisive blow to Trump’s legal efforts, the Supreme Court last week declined to take up two of his cases challenging the election process in key states.

“I don’t see many avenues left for the president to pursue,” Lott said in an interview. “Once the Electoral College has voted, most people are going to recognize Joe Biden as the president-elect.”

Former House Speaker John Boehner, a Republican, has also said it’s clear that Biden is the winner, stating in a forum last month that, “The election is over, in everybody’s mind except Donald Trump.”

Before Monday, just a handful of current Republican elected officials in Congress had acknowledged Biden as president-elect. Even fewer have reached out to congratulate him.

Among GOP senators, Susan Collins, Mitt Romney and Lisa Murkowski have been most outspoken in declaring Biden the winner.

Others said they were waiting for the Electoral College vote, which is normally a routine step in the elections process but has been amplified by Trump’s refusal to concede.

“The presidential election is over,” said Sen. Lamar Alexander, R-Tenn.

Still, many Republicans in Congress are backing Trump’s legal battles. Some 120 House Republicans signed on to the failed Texas lawsuit last week asking the Supreme Court to take up the case seeking to throw out election results in the swing-states of Pennsylvania, Michigan, Wisconsin and Georgia.

GOP Sen. Ted Cruz of Texas, who volunteered to argue the case before the Supreme Court, was holding a telephone town hall Monday urging “participation in the fight to defend the integrity” of the election.

One House Republican, Rep. Mo Brooks of Alabama, has vowed to challenge the Electoral College results on Jan. 6, when Congress convenes a joint session to receive the outcome.

At that time, any challenge in Congress would need to be raised by at least one member of the House and Senate. It’s unclear if any GOP senator will join in making the case. It appears highly unlikely there is enough congressional support to overturn the election.

Senate Democratic leader Chuck Schumer said Monday that it’s as if Biden has to win “again and again and again” before Republicans will accept it.

Many Republicans are unwilling to declare Biden the winner for the same reasons they avoided standing up to Trump during his presidency.

The president remains popular back home, and they are reluctant to cross him or risk public retribution from him on Twitter and beyond. As Trump prepares to leave office, his supporters are voters lawmakers need for their own reelections.

Rep. Alex Mooney, R-W.Va., introduced a resolution in Congress last week suggesting no one be declared president-elect until all investigations are completed. He proposed it after constituents confronted him last month demanding he do more to support Trump.

Overhanging their calculations is the Georgia runoff elections Jan. 5 that will decide control of the Senate. Incumbent GOP senators David Perdue and Kelly Loeffler need Trump’s support to defend their seats against Democratic challengers Jon Ossoff and Rafael Warnock. 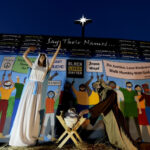