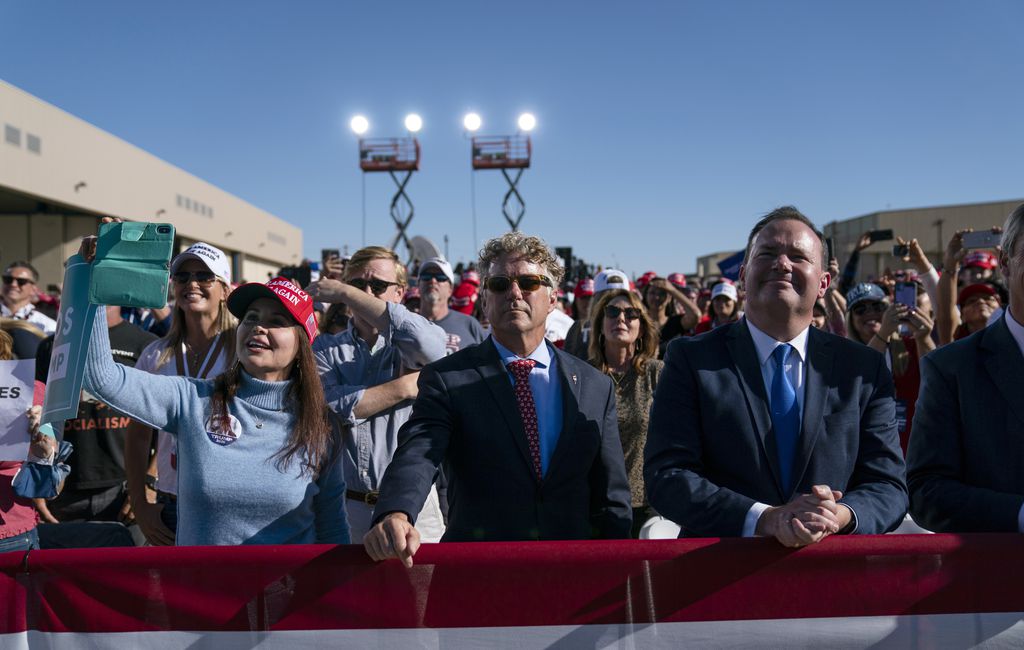 I didn’t speak up when Sen. Mike Lee tested positive for COVID-19 after a White House visit in September where he appeared, maskless.
Though there was ample data by that time proving the benefits of mask-wearing in public, he ignored the experts. Instead, he approached mask-wearing with a brazen attitude and many Utahans followed suit, leading to alarming rates of transmission. We are losing dozens of Utahans to the disease every day.

In October, Lee compared President Donald Trump to Captain Moroni from the Book of Mormon. In this case, I choked on my cereal, muttered an expletive and commented to my husband, “Can you believe this guy?”
In the age of Trump, it’s unsurprising to see men like Lee lose sight of the principles they originally set out to defend. In this instance, his inner fanboy overcame him, and he committed a faux pas of a major scale, making his apology afterward well-warranted. However, in this instance, too, my critique stayed within the walls of my own home.

On Nov. 10, Mike Lee single-handedly blocked a proposal to create both the American Latino and American Women’s History museums at the Smithsonian. The bills were introduced at a time when the Senate has been failing to pass a COVID-19 relief package while millions suffer.
Despite these deadlocks, the bills for both museums were expected to pass due to their wide support and decades of planning. However, Lee chose to stand as the only voice of opposition and killed the bills for this session.

These museums would have been a little welcome news to millions at the end of a dark and bitter year. How I would love to plan my visit to the corner of the future Women’s History Museum that would undoubtedly pay tribute to Seraph Young Ford and the other Utah suffragists.

Lee said that his objection wasn’t financial or legislative but that it was a matter of “national unity and cultural inclusion,” yet his actions silenced the voice of millions of Latinos and women before they could even open to speak. After months of his unchecked antics, it is clear to me that more Utahans — especially women — need to speak out. So, I’ll speak now.

I teach at Dixie State University, one of those college campuses Lee says is home to “grievance pageants” and I push back emphatically. College campuses and their diverse bodies of faculty and students are the key to an equitable United States. Paying attention to the voices of those who are marginalized is how our country collectively learns and grows and becomes better.

If Lee has lost his faith in the mission of universities to lead the conversations that address disparities of race and gender in our communities, he is welcome to come spend time on our campus.

Sen. Bob Menendez, who helped introduce the bill, responded with data directly from the Smithsonian that proved that Latinos have faced ample disparities. As a Utah woman, I don’t have to look far to find evidence of gender marginalization here at home. There are dozens of studies conducted by the Utah Women & Leadership Project that highlight Utah’s gender wage gap, lack of affordable child care options, higher than average domestic violence rates and lower than average financial literacy among Utah women.
Before he tries to speak for women and Latinos on a national stage, I would like to see Lee address these issues. When these problems are addressed, I might be willing to overlook when he begins to mansplain his views on critical race theory, only because I know he will know better by then.

As a Utah senator, Lee should be at the forefront of solutions. In the future, I hope he will consider the voices of all his constituents. I hope the next time I hear about him in the national news I won’t blush with embarrassment.

And when these bills come up for votes in the future, I hope he will change his vote so when his children and my children visit the national mall someday, they can benefit from his contributions, rather than his dissents.

Top Tips For Finding The Right Business To Buy Or Sell