President Donald Trump issued an executive order this week that states new federal buildings should be more like classical designs and “beautify public spaces.” The American Institute of Architects say they are “appalled” by the order.

It establishes a new council to advise the president on future federal buildings.

The order says in the 1950s, government buildings were allowed to look more “contemporary” and created a “discordant mixture of classical and modernist designs.”

“The new buildings ranged from the undistinguished to designs even GSA now admits many in the public found unappealing,” the order says.

“New Federal building designs should, like America’s beloved landmark buildings, uplift and beautify public spaces, inspire the human spirit, ennoble the United States, command respect from the general public, and, as appropriate, respect the architectural heritage of a region,” the order continues. Then states that “classical and other traditional architecture” have “proven their ability” to “satisfy today’s functional, technical, and sustainable needs.”

The American Institute of Architects has already come out in opposition of the order, saying the group “unequivocally opposes” the initiative. They also say they do not, “and never will, prioritize any type of architectural design over another.”

“Communities should have the right and responsibility to decide for themselves what architectural design best fits their needs, and we look forward to working with President-Elect Biden to ensure that,” said EVP/Chief Executive Officer Robert Ivy, with the American Institute of Architects in a press statement. “Though we are appalled with the administration’s decision to move forward with the design mandate, we are happy the order isn’t as far reaching as previously thought.” 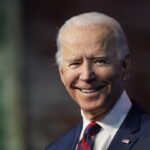 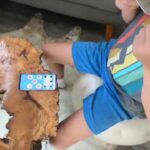 Next Story:
New COVID-19 test looks to save time, money and lives through sense of smell