Intensive care units remain nearly full in Utah after a rough weekend that had them overcapacity.

The state Department of Health reported 89.6% of all ICUs beds were in use, compared with 96.6% Sunday. ICU beds for key referral centers, which take care of the majority of coronavirus patients, are 93.5% occupied as of Monday, compared to 101.7% the day before.

Health workers are cautioning Utahns about the dangers of full ICUs, which remain perilously close to being understaffed.

Health care works have warned since October that high hospitalization rates could lead to doctors’ rationing care. Hospital administrators have previously discussed criteria for “crisis standards of care,” which will require approval from Gov. Gary Herbert. Under those scenarios, young patients could get priority over the old, and patients in ICUs who fail to improve will get moved out to make room for others.
“We are in constant communication with Utah’s hospital networks,” said Anna Lehnardt, communications director for the governor. “While they continue to experience high levels of stress due to COVID-19 hospitalizations, they have not yet asked the governor to invoke crisis standards of care. We encourage Utahns to continue social distancing and wearing masks any time they are around others outside their immediate household.”

Hospitals are working to address ICU needs by opening new beds and new units, Stenehjem said, but patients admitted to ICUs tend to stay for a longer period of time than people generally admitted for other conditions.

“It comes to a situation where we’re adding more and more people to ICUs at a quick pace and they’re not being discharged from the ICU at an equal pace,” he said.

The number of new cases reported Monday is 1,968, the first time cases fell below the 2,000 mark in December.

A total of 1,580,843 Utahns have been tested for the coronavirus, including 5,621 news tests Monday, which is also a low for the month.

The rolling seven-day average for tests that come back positive is 24.07% and the state is seeing a weekly rolling average of 2,598 positive tests per day. That test positivity rate is a sign of the virus is spreading out of control in the state.

Although Utah hospitals received their first shipments of coronavirus vaccines Monday, health care experts warn the community to remain vigilant and continue best practices for preventing the virus’ spread, including social distancing and wearing masks. Vaccines won’t be ready for the general public until sometime this spring or summer.
“We cannot tolerate continued surges of cases and then subsequent hospitalizations,” Stenehjem said. “We need to make sure we control this from a public health standpoint until that vaccine is widely available in the months to come.”

The physician praised Utah residents for largely heeding distancing guidelines over Thanksgiving. Health providers expected a surge in cases after the holiday, but saw a smaller increase than anticipated.

Greg Bell, with the Utah Hospital Association, said the state kept infections lower than officials feared due to three things: Herbert’s social distancing mandate, his statewide mask requirement and because “The citizens of Utah responded to the governor’s urgent counsel and medical advice.”

“But if we let our foot off the gas pedal at all, we could tip over,” Bell said.

Stenehjem asked the community to follow similar precautions during holidays now and ahead, including Christmas and Hanukkah.

“Do not gather outside of your home to enjoy those holidays,” he said. 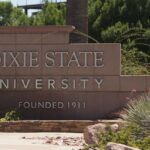 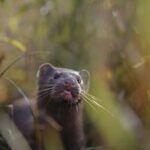 Next Story:
A wild mink in Utah is the first wild animal anywhere to test positive for COVID-19, researchers say