The government’s Vaccine and Antiviral Priority Committee has decided that residents aged 75 and over should be the next in line to get COVID-19 vaccines, and has issued a new priority list for how the vaccines will be distributed.

Earlier this week, mayors began gathering lists of village residents who meet the age threshold and letting them know about vaccination clinics next week at Okkodo High School.

Department of Public Health and Social Services spokeswoman Janela Carrera said the committee was briefed on the recommended changes from the Advisory Committee on Immunization Practices. The advisory committee, part of the U.S. Centers for Disease Control and Prevention, made the recommendation that people 75 years and older be included in the first groups to get vaccinated.

The committee eliminated the third phase in the island’s vaccination plan, which would have been a continuation of Phase 2, with more opportunities for the general public to be vaccinated.

Instead, the island will have Phase 1 and Phase 2 for the vaccine, Carrera said.

During a meeting Monday, the local committee discussed the recommendation to target those 75 and older. The recommendation is based on risk assessments, with those 75 years old and older being at the highest risk for hospitalization and deaths, she said.

More:Manamko’ over 75 years old will receive COVID-19 vaccine next

The island’s mayors have been asked to help get the word out to those manamko’ eligible in their villages to see if they’d be interested in getting the vaccine.

Manamko’ don’t need to get the vaccine; it’s strictly voluntary.

Carrera said there is a limited supply of the vaccine on the island, and the agency will need to inventory how many vaccine doses are left.

A total of 11,700 doses, which will fully immunize 5,850 individuals, have been received. So far nearly 2,000 people have been vaccinated.

Frontline workers are the next group to get the vaccine, but the vaccine committee still needs to decide subgroups within the category who has priority for the limited supply, Carrera said.

The committee is trying to be as equitable and fair in terms of the distribution of the vaccine, she said.

Public Health also only has a partial list of how many individuals from the private sector, government of Guam and the federal government would fall under phase 1b, she said.

The committee will meet at a later date and is expected to discuss what subgroups will fall under essential workers.

Read Also :   Are the new coronavirus strains cause for concern? 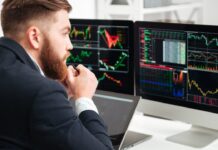 Raglan Sleeve T-Shirts: The Outfit That Can Become Your Best Friend