AUSTIN (KXAN) — The Texas Department of State Health Services (DSHS) says at least 87 of Texas’ 254 counties have started administering the COVID-19 vaccine as of Friday. More than 4,100 people have gotten their vaccination.

Harris and El Paso counties have vaccinated the most people so far, 872 and 510 respectively as of Friday morning. More people have likely been vaccinated in each county, but these are the latest confirmed numbers DSHS has to report.

Gov. Abbott said Thursday that the state as already delivered approximately 95,000 doses of the Pfizer-produced vaccine with another 129,000 doses being delivered by Friday. The DSHS numbers mostly have that first delivery — 91,650 vaccine doses distributed — but have not yet accounted for the Thursday delivery.

Health care workers on the front lines of the fight against this deadly virus will be the first to get vaccinated. Seniors and people living in long-term assisted living centers will be next. Both health care workers and senior citizens in facilities are considered are most vulnerable.

Vaccine deliveries in Central Texas
Dell Medical School in Austin was one of the first four hospitals to receive the vaccine on Monday, but 10 hospitals in were scheduled to be part of that initial vaccine allocation. Central Texas will get 15,600 doses this week.

President-elect? GOP may wait for January to say Biden won 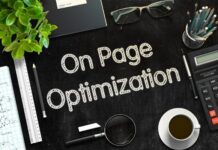 Commentary: Why Are So Few People Born on Christmas Day, New...